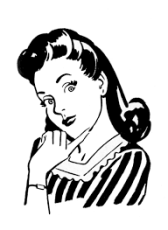 Once A Month Give Something Away

This seems an odd Thrifty Habit – why spend the whole month saving money only to give some of it away at the end of the month? What if you have nothing left at the end of the month for you and yours, never mind for sharing with anyone else? Surely when times are hard, the first things you cut out are the non-essentials? 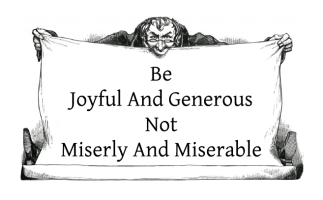 It was certainly the first thing I did when belts were tightened in Tartan Towers. Without even thinking about it I stopped giving away anything to anyone. I reasoned that it was wrong to give money away when my children needed it. But… A few months of thrifty living revealed that, actually, if we were careful, we did have enough and more. My children had everything they needed – and quite a lot that they just wanted. So did we. I was happy we were living well on less but uncomfortable with turning a blind eye to other people’s needs.  That’s when I began to formulate my Five Principle Of Thrift – particularly Be Joyful And Generous, Not Miserly And Miserable – because I realised that it is possible to be good with money without being Good.

Share Something is one of the Thrifty Habits that comes directly from this principle but I didn’t start including it in my monthly habits until I was researching How To Buy Happiness. I came across a study that demonstrated that sharing makes people feel happier. I realised that sharing a little is actually an investment in our own happiness as much as other people’s.

Maybe you already need no convincing that it is a Good Thing to share with others. In which case, just take this as reassurance that you don’t have to stop being generous to start being thrifty (although you do have to start being realistic about how much you can afford to give away.) But if you do still need persuading, consider the following ways in which sharing with others will boost your morale. 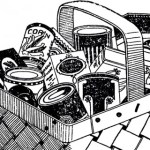 If I have managed to convince you that Share Something is an important habit for thrifty people then do think outside the box – donating money is not the only one way to share. Put something extra in your shopping trolley to donate to a food bank. Donate your stuff to charity shops or give it away through sites like Freecycle. (Disclaimer: don’t do this if you desperately need the cash you could raise by selling your stuff instead.) Volunteer your time, buy a Big Issue, put a few coins in a charity bucket, sponsor someone’s fundraiser… It’s up to you.

As for how much to give… It depends what you can spare – and only you can be the judge of that.

Whatever you do, however much you give away, the key is just to start. Whether by letting you hold onto your values or by helping you to feel better about your own finances, sharing something each month will enrich you. Try it.