What To Do When You Pick Too Many Raspberries 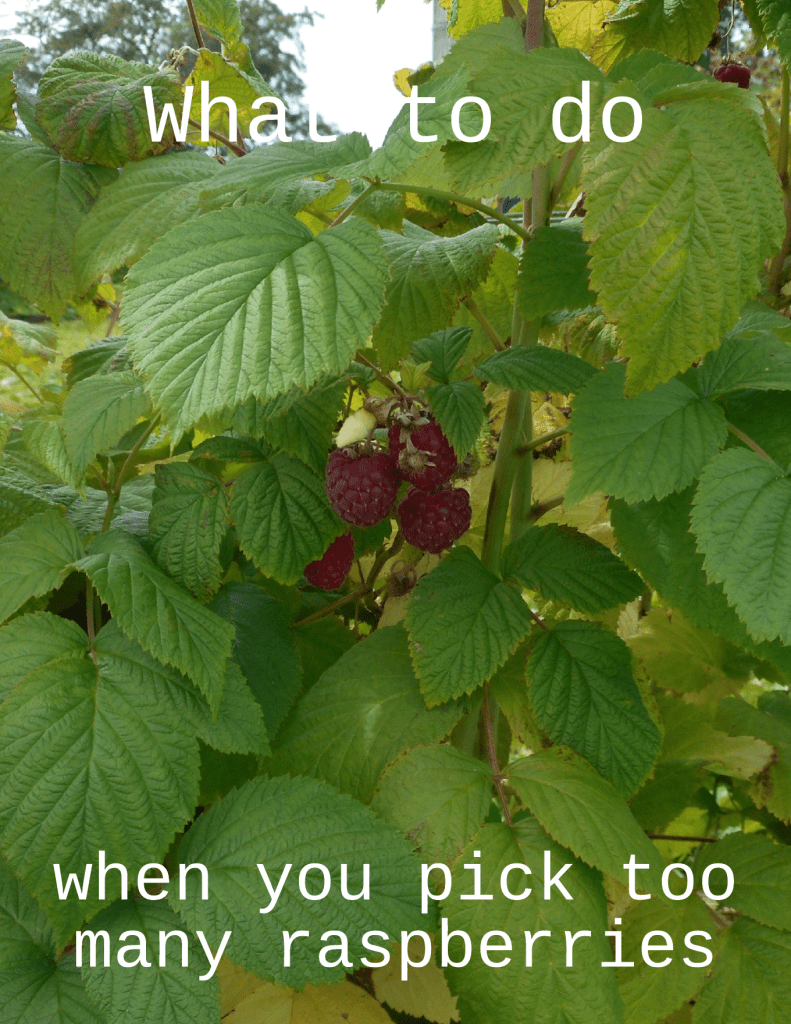 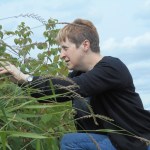 We visited the fruit farm to pick our own raspberries yesterday and – surprise, surprise – picked more than we can possibly eat before it starts to go mouldy. The problem is, once you start picking, the heavy, sweet smell gets to you, each little flash of red demands to be picked, the next thing you know you have picked enough to keep the family vitamin-packed through a global fruit shortage. The solution is to make a weekly trip to the fruit farm with small numbers of small containers. Yup, that would have been more sensible… 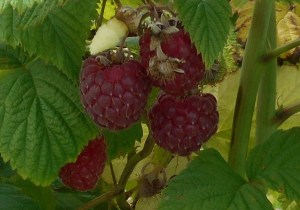 Since we seem to have brought home all the fruit on the farm, though, I have frozen some of the berries. I spread them out on baking trays and open-froze them before packing them into ziploc bags. This is the gold standard of preserving rasps – it retains most of the nutritional value without adding bucket-loads of sugar. It also takes up freezer space I don’t really have, to produce a frozen fruit I can buy almost as cheaply, at almost any supermarket. Self control at the fruit farm still looks like the thriftiest option.

How To Preserve Raspberries When They Are Cheap

A little sugar, now and then, as a treat, is not so very unhealthy, though. So I have made some into raspberry jam. Jam to spread greedily on toast; jam to spoon frugally over home-made pancakes (try my chocolate pancakes, replacing the orange oil with vanilla essence); jam to nibble daintily in a victoria sponge cake, or to devour messily in a DIY swiss roll… Raspberry jam is so versatile and so easy to make that it would be a definite frugal fail to let the summer go by without potting up a few jars. There are other options though – raspberry vinegar, raspberry liqueurs, or a simple raspberry syrup, for example.

Is This The Finest Raspberry Preserve Known To Man? 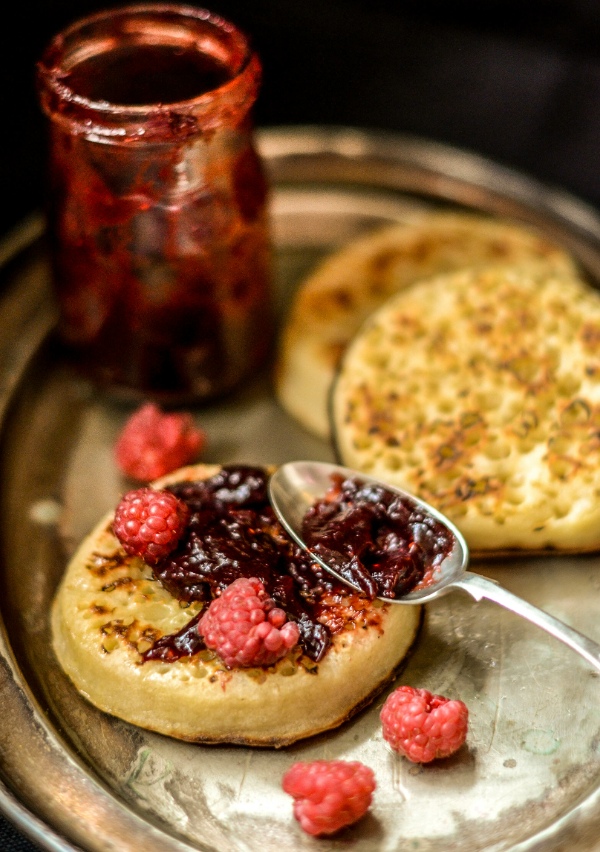 THE thing to make with an excess of raspberries, though, is this Raspberry And Chocolate Jam from Karon Grieve’s Larder Love. Chocolate spread is good. Raspberry jam is good. But Raspberry and Chocolate Jam is wicked. Imagine the jam tarts you could throw together with a jar of this in your cupboard. And cheaper than you would get it for in the shops. If you could actually get it in the shops.  Don’t forget to make it up in pretty jars with a label made using the free Jam Labelizer so you have the option of giving some of it as gifts. But only to people you really, really love…

Posted August 15, 2015 by tartanmum in category "Buy Happiness", "Preserve Something