This preserve is a disgrace…

Prunes are already preserved perfectly well by the ancient method of drying. Sometimes, to be fair, they also benefit from the addition of modern preservatives, but that just proves my point – they are doubly well preserved.  So there is no need to add further preservation in the form of alcohol and sugar – never mind both.  No need. 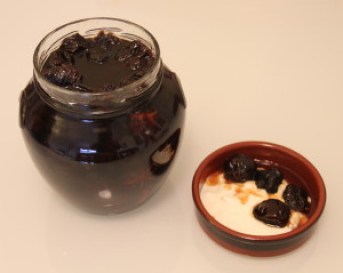 The thing is, though, that disgracefully over-preserved prunes, steeped in wine like fruity little Falstaffs, are delicious.  Drunkenly, decadently delicious.  A prune on its own is wholesome but unlikely to have you reaching for more.  Disgracefully drunken prunes like these are sweet, silky, mildly spicy and very boozy – perfect with ice-cream, spooned over greek yoghurt or baked in puddings.  They lead a double life as a savoury preserve too – lovely with ham or cheese and especially good spooned over the top of a melted camembert or brie.  They are also a handy ingredient to have in your cupboard – they make beef or lamb gravy really special, add depth to Chocolate And Prune Mug Cake and My Big Fat Chocolate Ginger And Prune Cookies and turn a pork stew into a winter-warming wow. 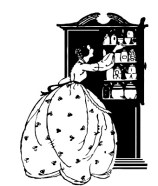 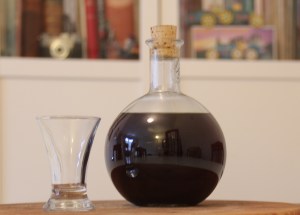 Disgracefully Drunken Prunes definitely make the cut in my fantasy Thrifty Deli.  Prunes are dirt cheap to start with and cheap alcohol from Aldi or Lidl is fine because the spices, sugar and fruit smooth over any rough edges.  Here’s how to make them.  As a bonus, this also makes you a little liqueur to enjoy in November.  Or, you know, whenever the notion strikes.

How To Make Disgracefully Drunken Prunes 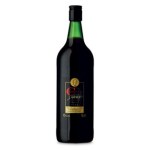 I usually make these with port but I have used Aldi’s British Fortified Wine here which costs less than £4 a litre as an experiment.  I ate a few of the finished prunes and drank a glass of the liquor purely in the interests of research and – so far – the cheap fortified wine tastes lovely. 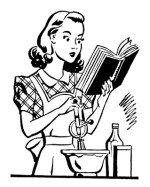 The method is the same whatever quantities you are working with – so if you have a little port or fortified wine left over and a few prunes, make a little jar; if you have loads of both (lucky you) just scale it up. A word about spices – whole spices are better but dried and ground spices are fine if that’s what you happen to have in. Allow 1ml ground cloves to replace a single clove and 5ml to replace one stick of cinnamon. The star anise is not a deal breaker if you don’t have any in, although it adds a lovely deep, rich note to the finished preserve.

You will almost certainly have left-over liquor so here’s what to do with it.

Making A Label With The Jam Labelizer 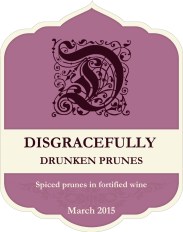 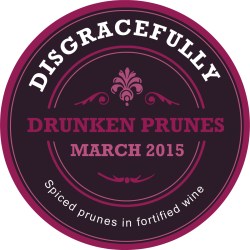 I have made two labels for my Disgracefully Drunken Prunes using the excellent Jam Labelizer and love them both – which would you choose?

Posted March 14, 2015 by tartanmum in category "Cook, Eat, Save, Repeat", "Preserve Something